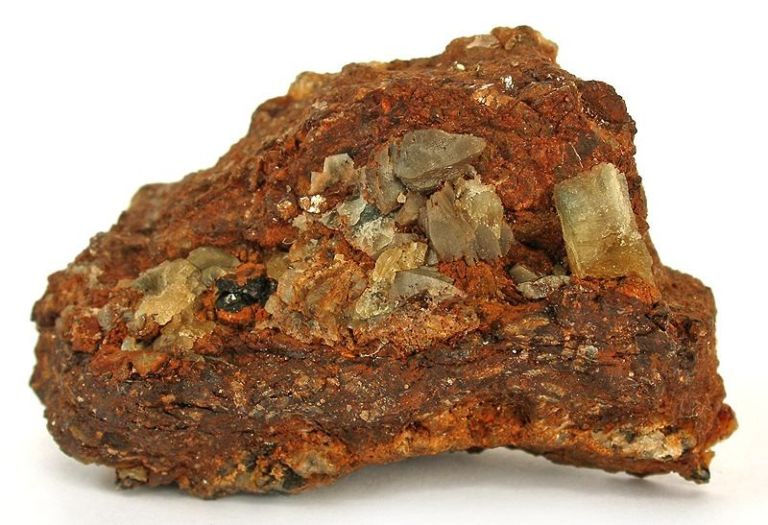 Today Uzbekistan in the world knows not only as a country with unique architectural monuments and grown cotton, but also as a country with a dynamic based on the best available technology economy and the republic productive capacity is high and rising. The advances domestic scholars create new industries; their products are in great demand in the world market. This is evidenced by increasing performance finished products in all sectors of the economy from year to year.

These are real and tangible results of the President Islam Karimov aimed at the establishment in Uzbekistan strong market economy, creating the most favorable conditions for business development, results including the recovery of domestic industry. It’s remarkable that in order to meet its needs for a scarce commodity earlier increasingly used effectively waste production.

Another vivid example is the development of Navoj mining industrial plant and Uzbek-Russian joint venture “Ingichki Metals” new product-sheelit concentrate. It’s a symbol that the happy event occurred on the eve of the 15th anniversary of the independence of the Uzbekistan Republic.

Sheelit concentrate raw material-for tungsten and its alloys. It is made from Ingichka man-waste products and converted on technology created by NMMP and Russian company “Integra Mining – the main founders of JV ” Ingichki Metals “.

The concentrate will be supplied to Uzbek complex of high-temperature refractory metals (UzCHTRM), which will be able to restore their production of tungsten-based domestic products.

Given the strategic significance of the problem, at the initiative of industrial and JV “Ingichki Metals ” UzCHTRM in 2006-2007 will receive products at discount prices of 30-40 tons per month and subsequently at least 100 tons per month.

For the concentrate in the village Ingichka a production tailings processing Ingichkinsk concentrating mill.

In an interview the Russian side director of JV “Ingichki Metals” Anton Kantsel said that the new products are generating great interest in the world market, marking the industrial progress of Uzbekistan and growing under the leadership of President Islam Karimov, technical and scientific potential.

The caused waste will be processed on the spot, making it possible to create 100-150 new jobs. In the same village with the launch of new production will be many social problems.

According to feasibility study, construction of the reprocessing business in the village Ingichka begin in the first quarter of 2007 and by the end of this year is scheduled to receive the first product. Ahead of those plans, JV purchased 65,000 tonnes of non sheelit ore this year, which were stored near Ingichkinsk to sort it and enrich sheelit to concentrate, which is in great demand abroad. JV also planned to develop business through export sheelit concentrate, which could provide a significant infusion of money. And the price for the period 2004 – 2005 on the world market has increased threefold.

But life has changed. The founders were unanimous in the next few years to abandon exports sheelit concentrate UzCHTRM and sell it at subsidized prices. This approach significantly reduced the expected profit JV, but enabled participants with greater responsibility for the problem and contribute to the development of the national economy. Reasonable and prudent decision in the long term is always better than hankering for short-term profit.

In response to the decision, the JV and its founders are graduates of Navoi, Uchkuduka, Ingichki, Tashkent and Moscow, as well as prominent scholars-miners, steel workers, technologists, with great effort to overcome technical and organizational difficulties in the short term to ensure the delivery and processing of the first lot of ore (2200 tons) of Chigiriksk NMMP dressing plant, which is located in Tashkent district. The first tons of sheelit concentrate were get there, which is used now to, the UzCHTRM production of tungsten products – shtabikov, wire and various alloys.

Currently, the JV is refitting factories and preparing for the regular production of concentrate a UzCHTRM needs. To that end, after processing of stockpiled ore, it plans to exploit mineral resources of tungsten ore deposits Ingichka, and then proceed to the processing Ingichkinsk taillings. Of secondary waste is planned bricks, shlakoblokov, bentonite, and then plaster, which also would open additional jobs.

Thus, Uzbekistan will perform their duties and industrial giant UzCHTRM be born again and became leaders in their industry.

This is another good result of the effectiveness of the country’s wide-ranging reforms being undertaken for the sake of the country’ prosperity and further improve the people’s living.

The efforts of the organizers and participants in a new production run which became the next step in strengthening the capacity of the domestic economy, judged on merit. They expressed thanks on behalf of the Uzbekistan government.

Know-how of the company

«Integra» expands the scope of its activities